After…
Well it’s all over.  No need to ask if you’re all set – or how much your turkey weighs? 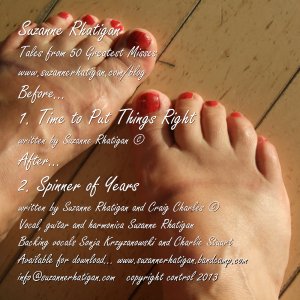 What will the new year and beyond bring for me, for you?

I have 2 healthy children, a partner and family whom I love and who love me. I have my health, a warm safe home, great friends, and the good fortune to make music.

I’m one of the luckiest people I know.

Today is so dark even the 1000 Christmas lights I have strewn around my house are struggling to brighten it up! Christmas time is a tricky one; you haemorrhage money on indulgence while being reminded at every turn of those less fortunate. I find it all a bit…, as evinced by my 2013 miss, Time To Put Things Right.

Christmas songs have a very short annual lifetime December 1st to 26th before and after those dates they’re aural poison. Time To Put Things Right has an even shorter life span, because as I’ve discovered people don’t really like ‘I don’t like Christmas songs’, and even the handful of people who do share my sentiments can only stomach the subgenre for the post denial week around 12-21 December, before they too succumb to the force of seasonal goodwill…

Time To Put Things Right is not a charity record BTW should you choose to download the song from Bandcamp or even order a CD (I do have a small number left), all profits will come to me. However I hereby pledge to spend at least some of my projected millions on this selection of fundraising events and music…

All I Want For Christmas Is A Goat

Ho Ho Ho and a happy Christmas one and all x 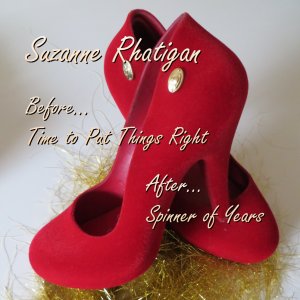 I’ve finally done it…. It’s been ?? odd years talking about releasing a record and I’ve finally got it together!  Well when I say released, I actually mean, I’ve had a few hundred cd’s made with real artwork and everything!  It’s available now!  Well when I say available, what I mean is, you can download it or buy a CD from http://suzannerhatigan.bandcamp.com/releases or just stream it here.  Ooh er…

Well it’s kind of an acoustic ‘concept’ Christmas single.  2 songs.  One song for Before… ‘Time To Put Things Right’, it mentions Christmas a lot but there are no sleigh bells.  And one for After… ‘Spinner Of Years’ which is an acoustic version of the closing track on my 1st album ‘To Hell With Love’.  It’s probably the only song from that album I will upload to this blog and I thought it summed up the atmosphere of you know, the after Christmas bit.  Hence the concept Before and After.  Deep.

I confess I am a bit of a Grinch, I take a little time warming to the whole Christmas blah every year as you will realise when you listen to Time To Put Things Right, the only Christmas song I’ve written.. so far. What’s so bad about Christmas?  Isn’t it all lovely and everything?  Everyone being happy and jolly etc etc.  Christmas is the time when we can cast off the shackles and relax, everyone that is except the mug who has to do all the shopping and cooking and paying and pretending to be happy and jolly etc etc…

There’s no choice really, the pressure mounts from  November 1st around these parts, and is unrelenting till the 25th December.  Following that it’s just debris and disappointment.  Talk about anticlimax.  I guess I hate feeling like a fool, that’s it.  I hate being suckered every year into spending too much money on shit I and my extended family and friends probably don’t want, just because it’s what’s expected.  And we all know you must do what’s expected because if you don’t you’re mean and miserable and a spoil sport.  A Grinch and nobody likes a Grinch.   Makes me feel very foolish indeed and I don’t like that.

It’s not just the materialism, I’m not all together averse to a little splurge from time to time.  It’s the pressure and the expectation.  You see Christmas also coincides with the end of the year, in case you hadn’t noticed and you can’t help looking back and reviewing your achievements or lack of and the count down to the new year is on and once again you have to try to set some goals or else, well wtf, just nothing?

Which brings me back to my rather hastily put together Christmas single…  You see I had promised myself I would make a record this year but it didn’t happen, other things did of course but more of that later.  Rather than beat myself up for failing to reach my goal, I decided to hell with it and in the space of 3 days last week I put the big concept together.  I’m sure if I had a wonderful band at my disposal or an orchestra and producer and studio and manager and agent and and and I could produce fully realised recordings of the material the way I hear it in my head, but in the absence of any of that I decided to press record and I just played the songs the way I do everyday in my kitchen for my kids, just me singing and playing the guitar and harmonica. Concept? you betcha.

Sounds straight forward enough but it’s not..  There’s a reason why very few records comprise so little adornment as a voice guitar and harmonica.  It’s all but impossible to pull it off, I think.  It took exactly 203 takes before I finally felt I had a ‘performance’ with enough going for it to sustain the listener for 3 and 1/2 minutes.  I kind of bottled it a few hours before the manufacturing deadline and called in reinforcements by way of my friends Sonja and Charlie to sing along with the end choruses though. Still I almost backed out altogether till my daughter Billie who is wise beyond her years said ‘please do it mum cos if you don’t you’ll be sad and take it out on us’.  So in an effort to be a better mother and in order to have any chance of a ‘Happy Christmas’ I am going to see it through…

So in the end Christmas is a about letting go and acceptance.  Embrace the season because ignoring it doesn’t work and you’ll probably hate yourself even more if you do!

PPS  Track two Spinner Of Years is coming, After… don’t you know.

See you on the other side, Oh and MERRY CHRISTMAS.