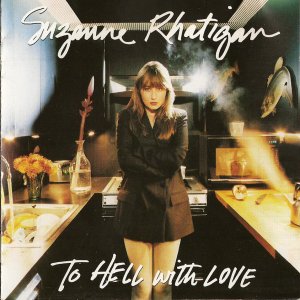 “Who is your audience Suzanne?”  Terry asked impatiently. He had been listening to demos for my 2nd album.  That familiar sick feeling rose from the pit of my stomach. Shit what do I say, I felt like the kid who was out the day they did algebra and somehow never quite understood what x was from that point on.  “I’ll tell you who it’s not” he said “it’s not college kids, it’s blue collar workers, it’s ‘Granola’ and until you accept that, you’re wasting your time”.  He dropped me from the label the following week.

2014 where to begin… New year, same old same old.  Here I am wrestling again with my choice of song dilemma.  I’ve battled this demon my whole career, my entire life.  Define who you are, what genre which direction, which gang.  Everyone around me always seems so certain of what they’re into, this is what I like, these are my choices, the places I go to, these are the people I mix with etc etc.  I can’t make those choices.  When it comes to music at any rate, I like elements of almost everything.

Growing up there was very little music in our house;  a few sound tracks, musicals; South Pacific, Mary Poppins, a few crooners; Andy Williams, Eartha Kitt, Barbara Streisand, a bit of light classical; Strauss, and religious stuff, choirs and hymns etc.  Eventually a few folkies were added to the mix when my sister started buying records; Bread, Neil Young John Martin, Janis Ian and of course we loved a bit of ROCK; Thin Lizzy, Led Zeppelin, Status Quo…  I was always singing along with these records imagining myself on stage in the Hollywood bowl or Top of the Pops.  Every lunch hour in school I made the dash home it took exactly 10 mins from desk to door.  I grabbed a sandwich, 5 mins, sang along with Barbara, Janis, Aretha, whomever, 30 mins, applied TCP to my spots and performed other ablutions, 5mins, cycled back to school 10 mins = x.

I realised more and more that I could sing and I loved it of course, maybe mostly because it was something I was good at.  My motivation to listen to music was to make music.  I don’t think I listen to music as a ‘fan’ even now.  If something I hear strikes a chord with me I tend to immediately want to work on my own music. For example when I hear something I like on the radio, I might drift off and pick up my guitar or sit at the piano and get caught up in whatever I’m working on.  I forget altogether what it was that I’d heard and liked.

I do become obsessive about some artists though.  In my teens I went through my Barbra phase into my Aretha total immersion years, which segued into my Mary Margaret O Hara compulsion. By then I was writing and I was a working session singer with pop impresario Pete Waterman among others, so it was hardly surprising that most of my output was ‘Pop’ with a capital P.

I wasn’t altogether confident in myself as a solo writer so I began to co-write.  I mostly contributed melody and lyrics, and as the co-writers varied in style and background, unsurprisingly so did my song writing.  Some ballads of course, a few dance pop tunes, a little bit of funk, some blues, country, and of course ROCK.  You get the picture or maybe that was the problem you didn’t get the picture. In fairness the picture was a bit confusing.  Imagine how screwed up it became when during secondment in New York I was exposed to alternative and lofi.  All of a sudden my obsession was Guided by Voices and Pavement, Breeders.

I’ve never understood the snobbery associated with certain genres.  Depending on who you spoke to or in my case worked with you had and still have, to be very careful not to upset anyone.  Your Indie Rockers for example held Stock Aitken and Waterman in complete disdain.  SAW believed 100% in the quality and integrity of their commercial pop music and thought musos and folkies and punks etc were at best deluded.

Maybe all this goes some way to explain why my 1st album To Hell with Love was a collision of all those influences, but without, as with really great albums, coming together to form one voice.  I was trying too hard to please all the people all the time.  While promoting the album I gained a good insight into how radio worked though.  In the early 90’s radio in the US and increasingly around the world was undergoing an invasion.  The invaders? ‘Consultants’; shady corporate marketing types who had segregated music and radio into rigid formats.  Top 40, R&B, Urban, Country, AOR, MOR etc etc.  But what if your music is kind of souly, poppy, punky?  A little bit country even?  Where do you go then?  Answer:  In the bin.

Terry Ellis at Imago had definitely had enough when I had it in mind to do the same again for the follow up to To Hell With Love, except this time to record in a kitchen on an 8 track with only 7 working tracks! Sean Worrall at Org records on the other hand had no such problems and right or wrong, good or bad the punk funk folk and noise out burst that was ‘Late Developer’ became THWL’s successor…..

If commercial success is the only kind of success, then maybe Terry was right and I have been wasting my time, however I think success is making the music I love.  One thing for sure, writing songs that communicate my thoughts feelings and desires, while also entertaining the people who listen to them, whether they be in the tens or tens of thousands, whether they’re blue collar white collar dog collar or no collar is certainly not a waste of time.

So there.  Put that on your cereal of choice and eat it!

PS:  A rather belated thanks to Terry Ellis and everyone involved with To Hell With Love for giving it a real shot, sorry it didn’t work out! Xs

PPS: Granola was not on THWL!